Luther Wright’s music revisits the classic country stomping-grounds, from the weepers to the two steppers, with satire, originality and frankness.

Luther Wright has been writing, recording and performing music for over 20 years now. He started out in a band with his talented songwriter brother Geordie in the garage/punk, vigilante vegetarian outfit The Mugworts who honed their chops while traveling in Mexico and playing to gringos and locals alike. In 1994 he joined up with his friends Sarah and Mary Harmer to play lead guitar in the Canadian, pop-rock band, “Weeping Tile” (WEA/Atlantic).

It was during the next 5 years of full-on touring and recording with that band that Luther, Weeping Tile drummer Cam Giroux and his roots compadres Sean Kelly and Dan Curtis formed the now-renowned, country/punkgrass road daemons, “Luther Wright & The Wrongs”. Known on one hand for their brilliantly executed, country/bluegrass reworking of Pink Floyd’s classic The Wall, Luther and the band have also recorded and released six all-original albums, Hurtin’ For Certain (1997), Rogers Waltz (1999), the valentine gone awry, Guitar Pickin’ Martyrs (2003), Instrumentality (2005), Man of Your Dreams (2008), and Hearts and Lonely Hunters (2015). Also to boot, they made two cds of original children’s music under the guise of Butterfingers.

From its release internationally in 2001, Rebuild the Wall (Universal/Backporch), opened up doors for ‘the Wrongs to play over 500 shows of old-country, inspired music across the continent. Luther’s music is used in the CTV television show, “Robson Arms”, and his song “Tumbler Ridge” is part of the soundtrack in Ron Mann’s documentary film about Woody Harrelson entitled, “Go Further”. At the request of the Goodman family Luther contributed a version of “The City Of New Orleans”, to a wonderful album that pays tribute to folk legend Steve Goodman.

Their latest album “Hearts and Lonely Hunters” (available here on CD & Vinyl) was produced by Hugh Christopher Brown (Bourbon Tabernacle Choir/Chris Brown & Kate Fenner). Luther Wright and Hugh Christopher Brown reignited a decades long musical relationship on tour in the Yukon and Alaska. The pair had first met touring Canada while Wright was on the road with Weeping Tile. Their orbits would cross many times between New York City and the Canadian Highways and Brown is a regular feature on Luther’s albums, including the cult classic ‘Rebuild the Wall’. ‘Hearts and Lonely Hunters’, takes Luther and the band in a slightly different direction in no small part due to the longstanding collaboration with producer Brown. Luther’s country influence is very much in full effect, this time with lush string arrangements, keys and exquisite backing vocals by Sarah Harmer. His humor and wit are here matched equally with heartfelt crooning; his punk passion shining through as always. Hearts and Lonely Hunters also features appearances by the legendary Holmes Brothers and two of New York City’s rhythm heavyweights, Tony Scherr and Anton Fier. 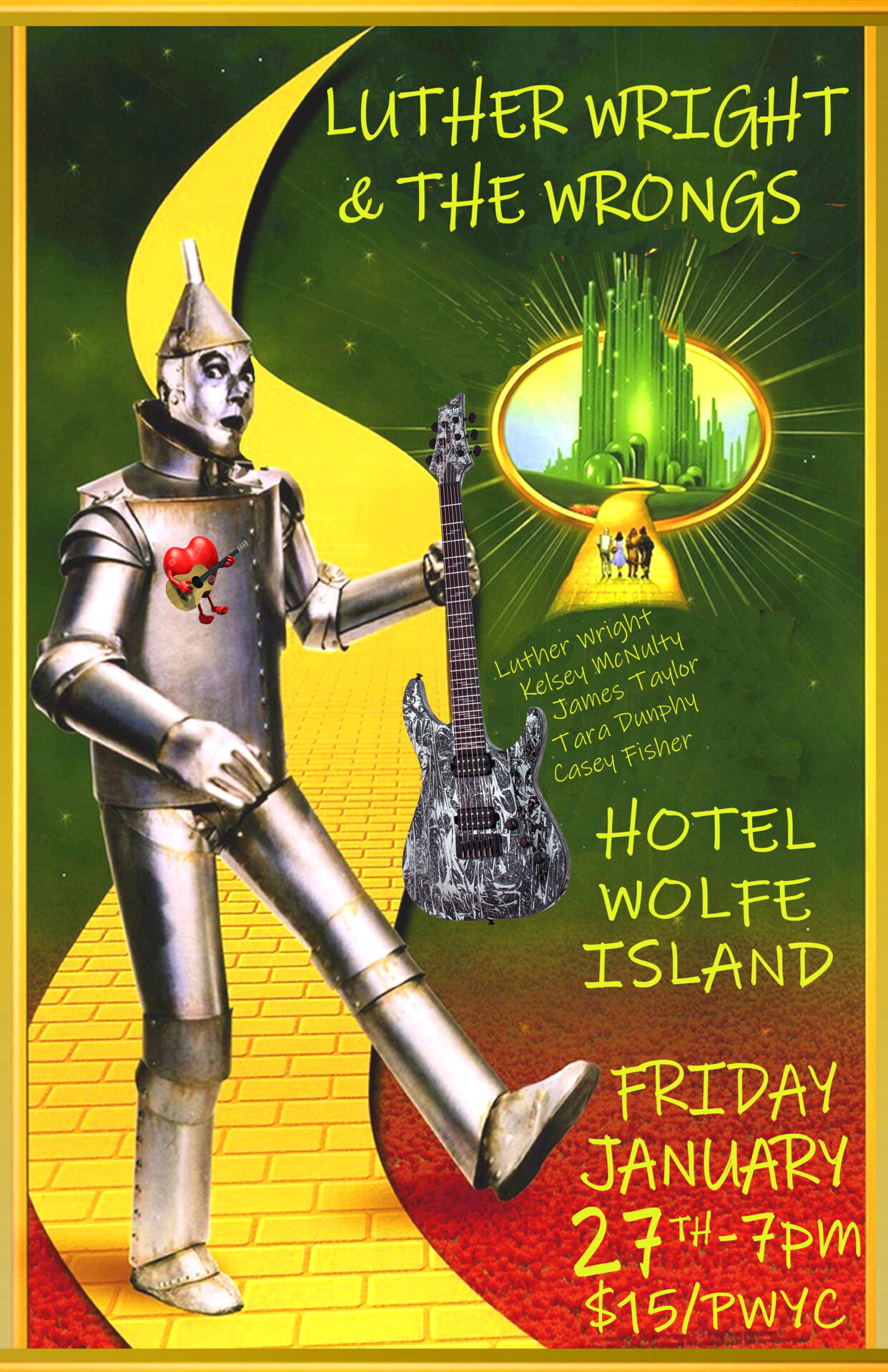 Who needs a ride from the ferry to the Hotel?
E-mail us and let us know # of people, and what date/time(s), and we'll do our best to arrange your rides to/from the Hotel. Check out the ferry schedule below.

BOOK YOUR STAY
1237 County Rd 96
Wolfe Island, ON
613-305-2626
DON’T MISS OUT!
let's be pen pals
Get the latest news from the Hotel Wolfe Island, straight to your email inbox.
You can unsubscribe anytime.